Serbia is one of those European countries that is often overlooked. Still, it has a lot of its heritage to offer to curious tourists.
One of the most important architectural monuments dating from medieval times is the monastery of Studenica. It is often referred to as the “Mother of all Sanctities.” In it, the Orthodox Church of Serbia got its independence in 1219, and the first text in Serbian was written here by the main national Saint and the first archbishop of Serbia, Saint Sava in the first half of the 13th century.

Built at the very end of the 12th century and adorned with frescoes around 1207, it was conceived as the mausoleum church of the ruling Nemanjić dynasty. Its founder was the grand duke Stefan Nemanja, whose descendants kept enlarging the complex. The main church is dedicated to the Assumption of the Virgin Mary and is considered to be the first example of the national architectural style of Ras; known as the Raška school. This style is a unique mixture of Western and Eastern influences which have for a long time been the main characteristics of the Balkan peninsula. It combines the Romanesque style topped by a Byzantine dome. This particular combination is the main feature of the Raška style and as such will be further imitated by other members of the Nemanjić dynasty.

The façade is decorated with sandstone mined in local quarries and polished to imitate marble. It has a very rich sculptural decoration around the portals and the apse window. Among many details, one can easily notice mythological beings such as centaurs and harpies, as well as other creatures from medieval bestiary books. In the 1230s a large exonarthex was added by king Radoslav, grandson of Stefan Nemanja, the founder of the dynasty.

It is unknown who painted the frescoes inside the church, but there are two main periods of decoration. The first one dating from 1207, and the second one from the 16th century. The older one is a not-so-typical Byzantine style and therefore, considered by scholars to have been painted by local masters. The scene that dominates the nave is the monumental Crucifixion fresco in which the yellowish, elongated body of Christ is strongly contrasted by the deep blue background. In it, one clearly notices the so-called “restoration” from the 16th century. It was supposedly carried out by Longinus, the biggest name in Serbia at that time. He respected the original and added just the parts that were missing. Among other notable scenes is the Assumption of the Virgin, depicted on the northern wall. 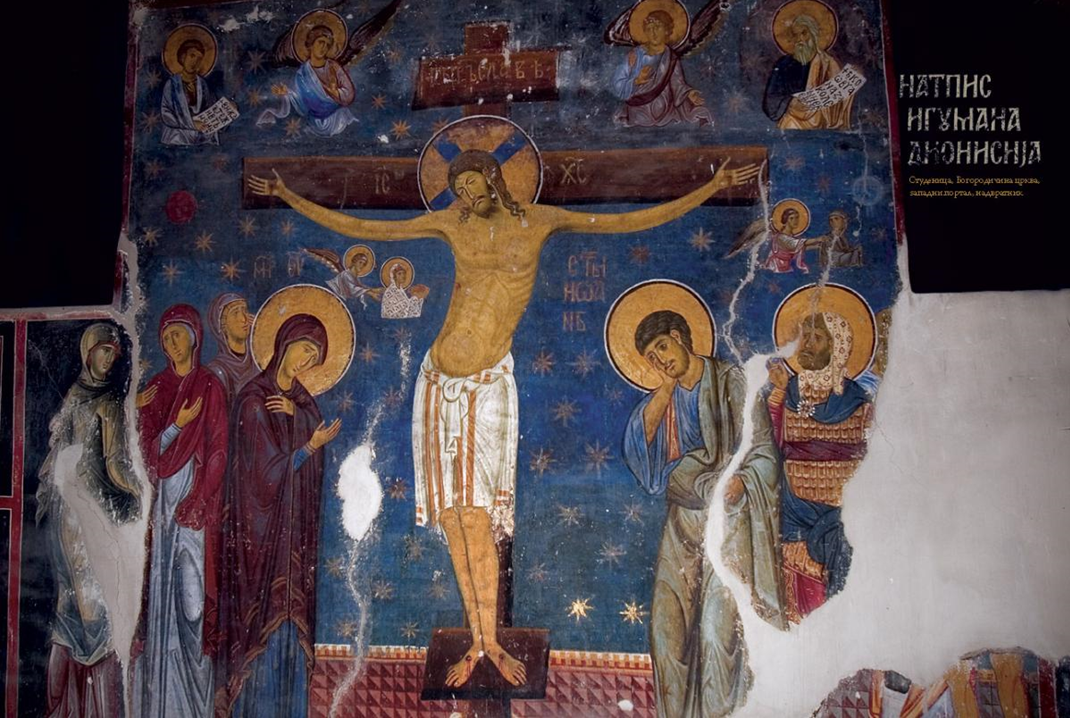 The church of the Virgin Mary is not the only one in the monastic complex. It is believed that at one point there were a total of 17 shrines within the walls. The other main part is the small church of Joachim and Anna popularly called the “King’s church”. It was built by King Milutin, great-grandson of the founder of the monastery, in 1312. Often regarded as one of the most beautiful churches he ever built, it combines a cube and a sphere to make a harmonious architectural unity. 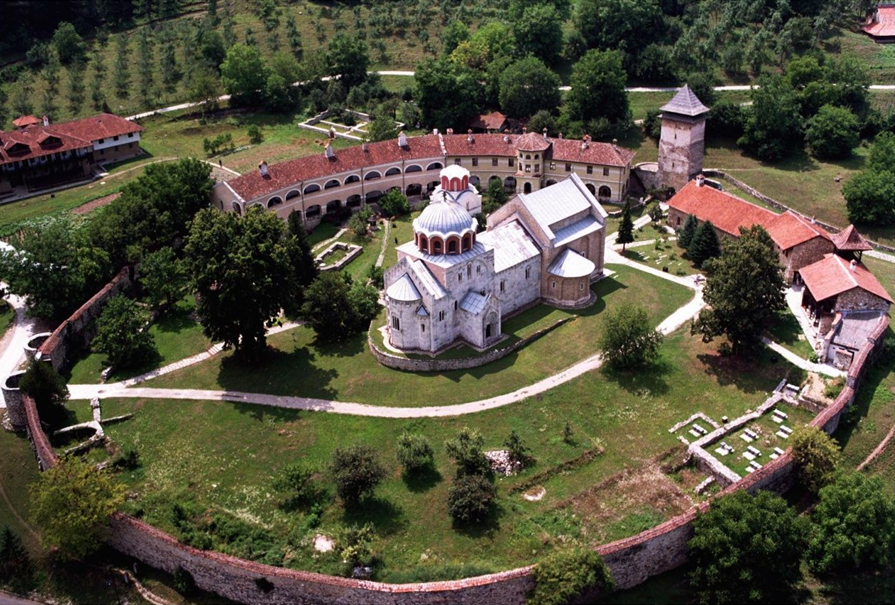 It was decorated by two favorite painters of king Milutin: Eutihius and Michailo Astrapa. They were from Thessaloniki, but have traveled around and decorated the most important churches and monasteries for the king. Their painting style is considered to be the peak of Byzantine art in the 14th century.

The frescoes inside the King’s church are damaged, but their beauty can still be appreciated nonetheless. In the lowest parts are two processions depicting Christ, the Virgin Mary, her parents Joachim and Anna, and members of the royal family. Above them are the scenes from the life of the Virgin, and in the top zones is the cycle of the life of Christ. In the dome is a depiction of Christ Pantocrator with angels and prophets. Among the best-known scenes is the Birth of the Virgin, as well as the Kiss at the Golden Gate of Jerusalem. These frescoes are praised for their emotions and tenderness between the characters depicted.

Therefore, if you ever consider coming to Serbia, do not just visit Belgrade as a capital, but move out of it and you will find many interesting things to explore and discover.